Behind each client's tax return is a story of financial decisions - many made over a lifetime. We have seen the good, the bad, and the ugly.

Our service is based upon the premise that we can learn from our mistakes. What if you could learn from other people's mistakes? Welcome to Todd's Tax Service!

5 years into my career in tax preparation, I became licensed to sell financial products including mutual funds, annuities, etc. I naively thought everyone was "in this together" for the good of the client. I could not have been more wrong. My knowledge of the industry can help you

navigate a minefield of choices and decisions that seem to overwhelm many.

One of my first observations was that mutual funds (and annuities) were charging excessive fees. When I read the income statements associated with the various funds I was selling, I noticed that a huge percentage of the fund's income (dividends and interest) was being eaten up by fund expenses. The funds were getting away with this because markets were rising fast and furious and masking this little understood fact.

Lesson learned:  Keeping fund expenses "in check" meant there was more money leftover for the client.

Another lesson learned was that when I accurately explained the risks associated with many of the investments I was selling, many prospective clients walked away and decided not to invest. I was totally okay with that outcome, I wasn't relying on my commission to live on and only wanted to earn commissions in an honest environment in which everyone was on the same page. Unfortunately, most "advisors" do not work like this. They know you won't bite if they disclose the full truth about the products they are selling. Hence, they hand you a prospectus they know you will never read and cross their fingers that things move in the right direction.

Lesson learned:  Clients need to ultimately understand at least the basics regarding the investments they own or they will have no one to blame but themselves if things don't turn out the way they expect.

Here are some general observations garnered from the most financially secure clients that I have worked with over the 30 years in the business...

1.  Some portion of every dollar they earned during their working years was saved in one type of an account or another.

2.   Debt is used very carefully by these folks. An affordable mortgage used to buy a good long term home is a good thing. Other debt is used sparingly and carefully and paid off as quickly as possible.

3.   Mainstream stocks and mutual funds are used by these folks and used over a long

period of time to accumulate wealth. They make very few changes over the course of the decades but continue to add to their accounts. Using an advisor often helps establish this plan, the trick is finding a solid advisor who doesn't sell garbage and will be in the business for decades.

5.    Most believe in the power of "earning your own way" and while they may help their kids and grandchildren, they don't shower them with excess wealth until the end.

6.    The word "NO" plays a vital role in their vocabulary when it comes to money.

7.    Many found a life long vocation and worked for decades whether it be as farmers, civil

servants, military personnel, small business owners, or factory workers. Most seemed to enjoy their work, which allowed them to work longer if they wanted to. 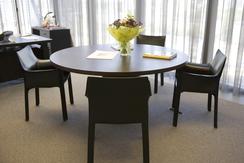