Minnesota Dept of Labor and Industry 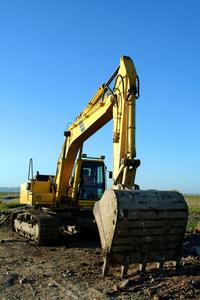 Does the employer get to decide which status to give me when I work for them?  Not exactly. The IRS has criteria used to establish whether or not someone is an employee or can be classified as an independent contractor. One can learn more about these criteria at the IRS website. Often "employers" choose to ignore the criteria in favor of hiring independent contractors. Misclassification of a worker can result in a "nightmare scenario" for the employer and potentially the employee!

What costs do employer's bear that are trying to be reduced?  Employers pay a variety of costs in addition to the actual wages paid to their employees. These include unemployment insurance, the employer's share of FICA (social security and medicare) and worker's compensation insurance. In addition, there are a broad variety of laws and regulations that impact employers. These costs and regulations can be burdensome for a small employer.

Am I covered by unemployment insurance or workers compensation insurance as an independent contractor?  No.

I am looking for work and being offered work as an independent contractor. Should I accept it?
This is a personal decision. The information contained herein is intended to help you make an informed decision. If you are the "employer", make sure you understand the distinctions between the two and that you properly structure your work in order to comply with federal and state labor laws.

What is the difference between being hired as a "temp" and being hired as an employee of the organization for which I am performing services?  Temps are hired and employed by a third party, often called a "temp agency". Temporary employees will receive a W-2 from the agency and are covered by unemployment insurance and worker's compensation laws.

What additional issues should employers be aware of?  It is important to properly classify workers to avoid significant problems down the road. When things go wrong, they can go wrong in a big way. The IRS can assess payroll taxes retroactively if it determines that a worker has been misclassified.

Are there ways to avoid misunderstandings between employers and independent contractors?
A written agreement is recommended between parties to spell out each party's obligations.

Is there a deminimis amount under which I can avoid employee status?  NO. In other words, the employer-employee relationship, when it exists,  is established on day 1.

Is "working for cash" a way to get around these problems?  No. In fact this creates a new problem, income tax evasion. This can be discovered from either side, upon audit or when 1 of the issues discussed herein arises. Folks working in the underground economy (the cash economy) fall outside of everything discussed on this website.


Todd's Tax Service does not make determinations regarding whether or not an individual position is that of an employee or independent contractor. You should contact the IRS or state authorities for assistance in making the correct determination. The mere fact that we prepare W-2 forms or 1099 forms for you as a client does not mean that we have advised you regarding this issue. You as an employer should also contact your attorney and insurance agent for additional information.
You must maintain workers' compensation insurance, or obtain permission to self-insure for workers'compensation from the Minnesota Department of Commerce. Failure to maintain workers' compensation coverage is a violation of Minnesota Statute, Section 176.181, and could result in criminal prosecution and civil penalties of up to $1,000 per week per uninsured employee.